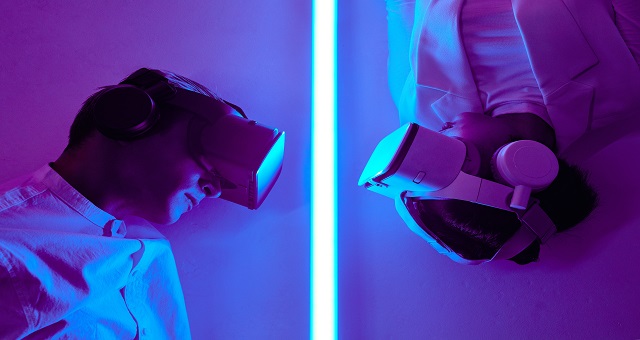 Extended Reality, on the other hand, is an umbrella term for Augmented Reality, Mixed Reality, and Virtual Reality. You can say it smears the lines between the digital and the real world.

Extended Reality is a blend of virtual and physical Worlds and helps in transforming the images into personalised experiences. It enhances your perception through glasses and headsets. It also creates an immersive environment by altering your experience of computing. XR provides such photorealistic visuals that it becomes hard for the users to differentiate between the real and virtual worlds.

XR is a completely new technology that is the talk of the town. You can easily find this technology in every field, from HR to business to gaming to shopping to manufacturing.

Let’s look at the examples of Extended Reality:

It’s been predicted that by the year 2023, the XR gaming industry is going to hit $18 billion. Gamers get the opportunity to feel their selected scenarios in flesh. Due to its huge demand, the gaming industry is opting to launch its headsets.

Extended reality showed massive potential during the pandemic as doctors offered remote care to the patients. It can contribute to mental well-being, pharmaceutical development, physiotherapy, and education for the patients and professionals.

Extended Reality helps in saving time and money and prevents injuries. CAD computer-aided designs work best for designers, while clients can easily immerse themselves in the plan during drafting. Manufacturing can be very dangerous at times, but with the help of XR, robot workers can monitor things from a safe distance.

Augmented reality has become one of the biggest technology trends so far. AR is such a vast technology that it lets you enjoy real-life experiences right in front of your eyes. It’s a super interactive technology that gives pretty vivid visuals. It can present digital information in the form of a physical experience. Because of these features, it improves business performance and brings more benefits.

Let’s look at some of the famous examples of Augmented Reality:

Snapchat is a very popular American messaging App. It has numerous catchy and trendy filters for users. It gives you the option of putting filters on your faces; these filters look extremely real with the help of Artificial intelligence and Augmented reality.

Hololens is one of the inventions of Microsoft. It has a variety of features, including head tracking, air tap, gesture command, and voice command. It makes use of all kinds of sensors, such as spatial mapping and depth cameras, to understand the environment better.

The idea of inventing Pokemon GO was to give users a physical experience with the help of digital technology. The main aim of this game is to find a virtual cartoon character that is hidden in the surroundings. Augmented Reality makes the game quite authentic, which renders users the best of the best experience.

Google Glass is an extremely useful gadget as it helps access the phone virtually with the help of gestures and voice commands. There is no need to hold the phone in your hand all the time to operate it. It can easily be connected to Bluetooth and WiFi.

There is a significant difference between Extended Reality and Augmented Reality.” Reality is a mixture of virtual, augmented, and mixed reality. It helps in combining the virtual and physical worlds, thereby rendering a completely new and immersive experience.

Augmented Reality is a highly interactive experience that puts the digital elements of your smartphone in front of your eyes. This phenomenon gives users an illusion that the digital content is actually part of their real world. Augmented reality is not XR at all and is not immersive.

Extended Reality provides an experience of the virtual real-world world with the help of human machines generated by wearables and computers. Whereas Augmented Reality is an experience of a direct or indirect live view of the real world. Moreover, its elements are augmented by computer-developed sensory inputs like video, sound, graphics, and GPS data.

XR provides a huge number of levels in the Virtual Worlds. On the other hand, with the help of augmented reality, you get the freedom to experience holographic images generated by computers. We have seen in the past how AR, MR, and VR reality are the most commonly used terms, but be ready to speak about XR in the upcoming years.